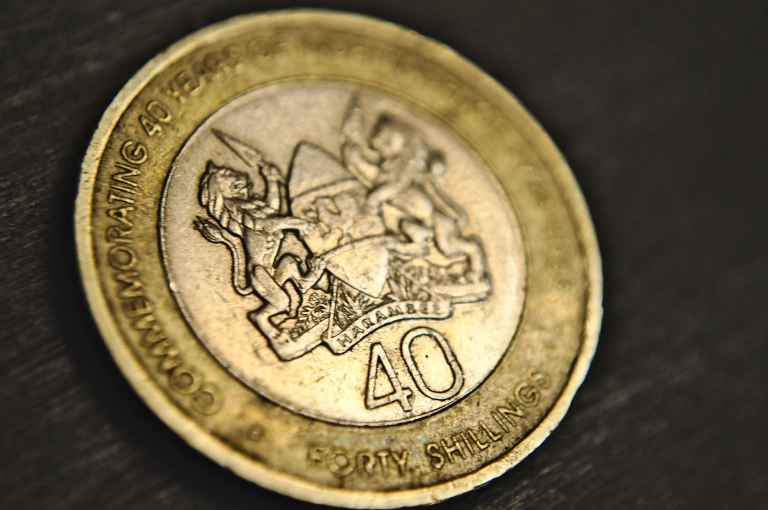 I think the Kenyan 40 shilling coin is magic.

But somewhere around 2013, I started telling myself, that whenever I got one of these coins as change in a transaction, something good was about to happen in my life. Usually, it did. But the occurrence of the good thing(s) was as much a game of chance as getting one of these coins. There are a limited amount of them in circulation in a large country like Kenya. It is like pulling the lever on a slot machine. If the odds are truly fair (the slot machines are not rigged) then you have as much of a chance of winning as anyone standing where you are standing.

The Responsibility of Winning

I have a really hard time reading books. Mostly because I don’t care for fiction and most of the knowledge in other developmental books, I have already heard in an interview, discussion panel or even music. I particularly lean towards music because musicians put a lifetime of experience into single bars.

I’m rather open about myself. I’ve been through a lot and I have gone to great lengths, risks and expense to try and heal my wounds. But if I am being honest with myself, most of those wounds have been self-inflicted by not being honest with myself. I know what it feels like to hope. To want so desperately that anything that reinforces the want is held dear and anything that questions the possibility of the want becoming real is disregarded. “Confirmation Bias” is what it is called in academic circles. The idea that what I believe is true and evidence to the contrary is not as important as evidence to support the belief.

This is what choice is. The ability to decide whether or not I will follow or question my beliefs. Yes, the truth shall set me free. But nobody ever said this “truth” was going to be something I want to hear nor that this “freedom” would be something I want. Sometimes the freedom, although better in the long run, is often lonelier in the now. “Better” is a future activity. Lonely is a now activity. See where the problem is?

“All of humanity’s problems stem from man’s inability to sit quietly in a room alone.”

Characters in Stories Can Act out of Character

My belief that a 40 shilling coin is magic is not so far from many beliefs being held by different people around the world. It is something external of myself that allows me to think differently. Something which is not in my control. If it was in my control, I would find a way to mess it up. Because… I am me!

Believe it or not, you and I have a profound knowledge of just how much control we have over our choices. The getting of this coin is just a sharp turn in my schema which has inevitably led to desired outcomes.  Knowing that a past self who made a choice may be responsible for present circumstances can be emotionally crippling. But, wish as I may, I don’t have a time machine. What I do have, is the ability to interrupt my schema.

I have had a lifetime of “crushing defeats”. So I have learned to blame myself and point to external forces as responsible for my predicaments. But on a very deep level, I always knew I had the power to say no to very many things that I felt “forced” to do, live with or accept.

The magic coin is me using that bad habit of externalization consciously to interrupt my schema. I mean, I know it’s not true. It’s a coin! But, to me, I can use it to symbolize chance. Since there is a limited number of them, if I get one, then by the same logic of chance I can similarly be successful in something else with limited chance of happening. So, why not try! Right?

This a very simple shift in mindset, based on something as irrelevant as a coin, increasing my confidence which then influences my choices. It is still learned helplessness though, because I do not believe that I am the one with equal chance of success. I am putting my faith in a coin. So, this is where I go back to Kendrick’s line, “I want the credit if I’m losing or I’m winning…”

It’s not the coin. It’s me! Whether I succeed or it all goes to shit… It’s me! That is a hard thing to sit in a room alone with!

Have A Little Faith in Me

Faith:  Complete trust in someone or something.

When I was in university, I met some friends who took my novice Internet burrowing and taught me ways to turn that into professional level mining! One of my unique selling points to employers is that I can find anything that exists on the Internet.

I know copywriting and keywords the way a pastor knows his Bible. But before I could do all that, I was a Mass Communication student soaking up as much knowledge as possible about what people want to hear or read. During this time, I came across a book called Tricks of The Mind, in which British illusionist Derren Brown shows how he has made a lucrative career out of telling people he is distracting them, while he distracts them. Strangely enough, even after being warned, people still believe that whatever he is doing is magical. We want to believe! If the trick is revealed then it ruins more than just the show, it also interrupts our schema of how the world works. Basically, magic shows are a series of confirmation biases being dramatized.

I am not always right. Quite the opposite actually. But learning to listen to difficult feedback is, in my experience, a habit everyone should learn. But it is not just about being criticized and blaming yourself, nor is it about listening to critique wrapped in niceties and feeling great about yourself. The hard part is learning the ability to have a constant self-reflection that allows you to know what you may be contributing to a problem.

“You have a baby, ailing parents, car payments and many other responsibilities! You need this job! Even with that you are still not applying yourself!”

A couple of months ago, I hit a slump in my performance at work. I could point to my depression and it would serve as a perfect excuse but that would not have been entirely honest. My boss had to hit me with a hard one. He told me, point blank, that I was not applying myself. A couple of years ago I would have given him a resignation on the spot. Nobody talks to me like that! Who does he think he is!? But after a couple of years work experience, even more life experience and good therapy, I’ve learned to pause and see how I may be contributing to arising issues.

I had to admit that I was paying more attention to personal needs than I was paying to work needs. I had also become very comfortable getting by rather than pushing the envelope. My boss knew I was capable of more but was struggling to find a way to kick me in the pants! I had to change my habits to give work a more central focus and it worked. Productivity went up. But of course I was retrenched a couple of weeks later, but that is non-related bad luck (remember, it’s a game of chance).

“Trust yourself, you know more than you think!”

Yes, self-awareness is key to forming and practicing good habits. But have faith in yourself. A lot of things in this life are by chance. But maintain a constant knowledge that you are capable of learning some version of what is necessary to achieve whatever it is you are currently daydreaming about. Sometimes you don’t get what you want but the journey leads you somewhere even more interesting or just increases your knowledge. Lack of faith in yourself is the belief that not only do you not know what to do but that that cannot change. That is probably as true as the 40 shilling coin actually being magic!

2 thoughts on “This Coin Can Make You Rich… And Other Self-Deceptions.”